To our regular readers and the patrons of Nigerian theatre in the month of October we say a BIG thank you!! Bode Asiyanbi’s Shattered at Terra Kulture in October was a resounding success on a number of levels, not just from the perspective of theatre attendance. #BreakTheSilence which was the theme of the Shattered stage play was actualised with the help and support of partners like The Naked Convos blog as well as City 105.1 FM - even the public got involved in the Twitter chat series.

November will be no different, as it promises to amuse, entertain, enthrall even. All at once. Abiodun Kassim’s BandAid stage play (a Majmua Theatre & Live Theatre On Sundays) already kicked off on November 1 in a reprisal of a well regarded and critically acclaimed production with certain tweaks to the story line and a refreshed cast.

Theatre and entertainment royalty make an appearance in this production which is on stage at Terra Kulture at 3PM & 6PM on  1st, 8th, 15th, 22nd and 29th of November. Goodness Emmanuel and Patrick Diabuah are both on cast after a barnstorming performance in October’s Shattered. The well-respected veteran Toyin Oshinaike also features alongside Femi Leye who’s latest album Ekaabo recently launched in Lagos. This production run is directed by Kenneth Uphopho who also directed SARO, London Life Lagos Living & Shattered.

Catchup with some of the behind-the-scenes footage from BandAid on YouTube below: 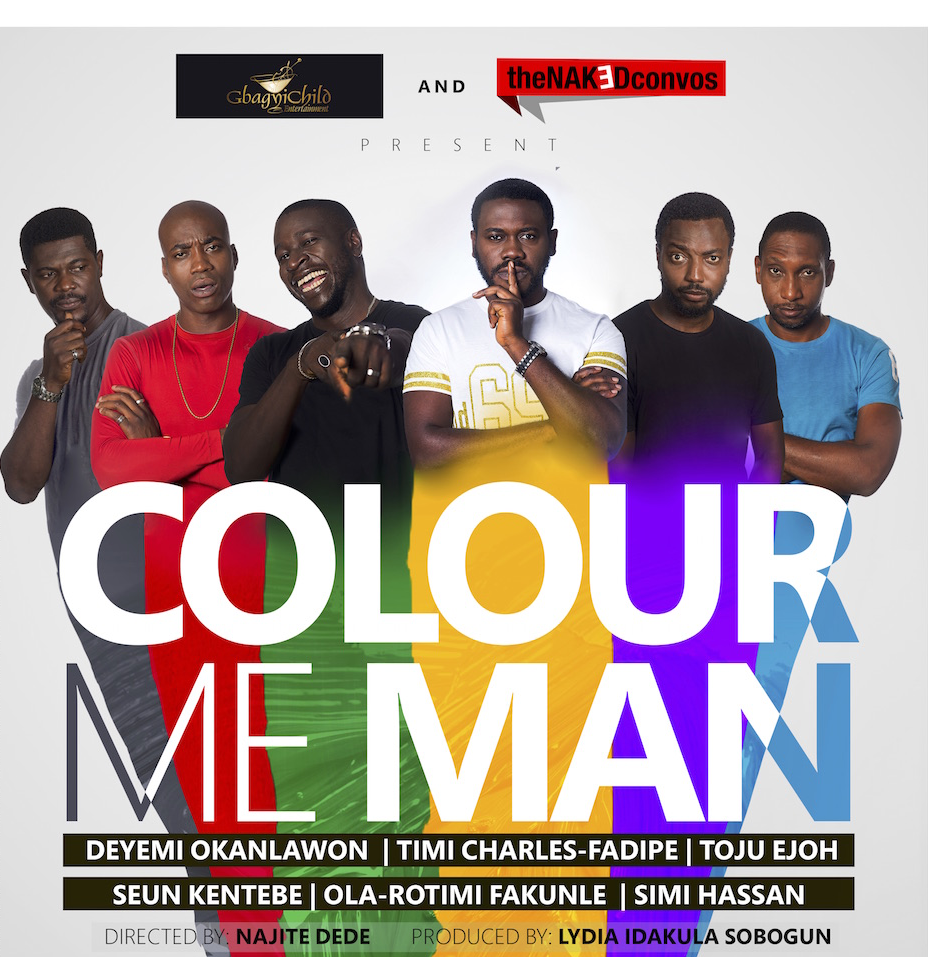 Colour Me Man  promises to be another amazing stage play albeit with a short production run. A GbagyiChild Entertainment & The Naked Convos blog production, it’s raison d’etre is to explore some of the less frequently discussed things that ‘colour’ men and make them what they are. The obvious assumption is that the subject matter is Nigerian men. After the success of Single in Gidi, it goes without saying that this will be one to watch!

Colour Me Man is on stage at TerraKulture on November 6th at 6.30PM and November 7th at 3PM & 6PM. The decorated and respected Najite Dede directs the very bankable stars in this stage production.