As I set out this morning to have a great business day at my place of work, I remember looking at the clouds thinking to myself “it’s going to be another hot day in lagos’’. I walked as briskly as my legs would let me in an attempt to beat the traffic and make it to the office in good time. I had successfully gotten out of the estate now, and was ready to hit the busy roads. I hopped on the first tricycle I came in contact with, paying no attention to what the skies had began to say. And so our journey began.

Usually, from my estate gate to the office would be a 3 – 5 minute trip on the tricycle depending on how many unnecessary stops the rider would make or how sluggish the passengers would be getting on or off the ‘’keke” as it’s popularly called. This morning, however, we were quick (the rider and the passengers) we all seemed to play our roles most with some urgency, so we wasted no time. 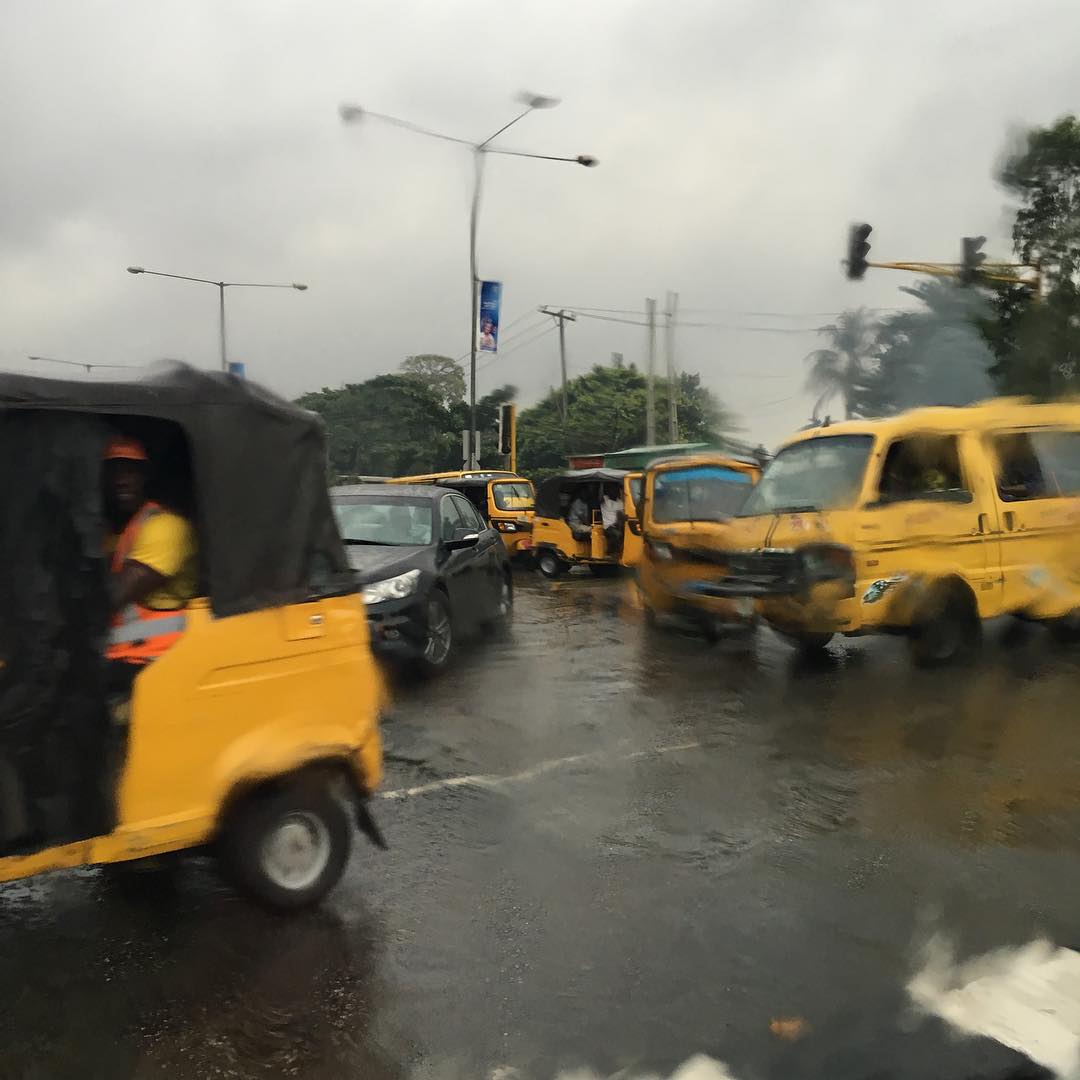 Image credit: @welovelagos on Instagram
“It began to drizzle. You know, those little showers of rain drops that become more and more violent with the seconds. This conversation became rather physical. I am very neatly dressed for work, sitting in a tricycle heading to the office and the skies burst into tears. Heavy tears.”

While we were in motion, I had noticed that the clouds had gotten darker with each stop. It looked like the atmosphere became darker with every meter we covered. This silent exchange carried on until I got into a much more personal conversation with the skies . It began to drizzle. You know, those little showers of rain drops that become more and more violent with the seconds. This conversation became rather physical. I am very neatly dressed for work, sitting in a tricycle heading to the office and the skies burst into tears. Heavy tears.

So I am in the tricycle, we are still making stops dropping and picking passengers. It felt like this 3-minute ride had now been on for 30 minutes. As we approached my stop, I kept wishing that rain would take a brief hiatus; just enough time between when I alight from the keke and the stroll to my office. If only wishes came true…
I got off the three wheeler and reality smacked me hard in the face. A passing bus splashed a generous dose of dirty water on my clothes while I made my way towards the complex. I couldn’t stop in the middle of the busy Lekki-Ajah Expressway in an attempt to clean my face and get hit by another bus, so I soldiered on trying to make the cross. Fortunately for me, I made the cross over to the other side.

The rain had reached its climax at this point. It definitely couldn’t be vocal than this. It was still so heavy and I had only just made it through the gates of the office complex. The walk from the gate to the office would usually take another 3 minutes without the rain. I was already drenched, so I didn’t feel the need to avoid the rotten weather that had already done its worst. A staggering number of people had besieged the security post to seek temporary shelter from the rain. ‘’These ones won’t go to work’’, I thought to myself as I forged through the multitude, and got away from the security post. 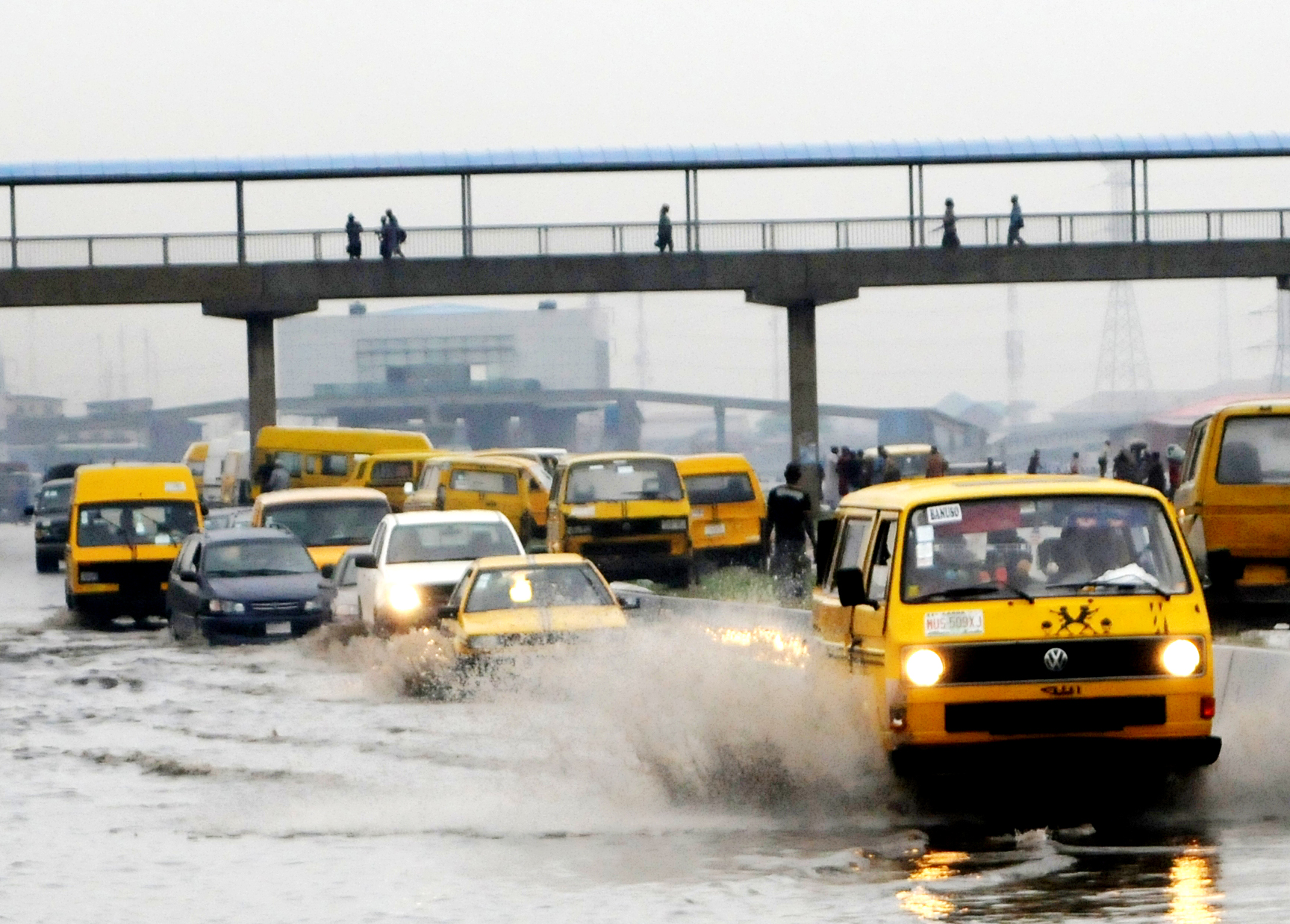 Image credit: The Eagle Online
“Within touching distance of the office, I found a nice dry place where I could spend a few seconds trying to compose myself. And then another swift sucker punch by reality! Unexpected, confusing, shocking, scary and many other things that can be used to describe this moment of abhorrent surprise. No! No! No! Oh no! I had lost a shoe!!!”

I steeled myself and resolved to run all the way to the office. Non-stop. I started to run and as I reached the first block of suites I felt an imbalance in my steps and freezing cold water running through the toes on my left leg. I continued sprinting, trying to stick to the plan. Within touching distance of the office, I found a nice dry place where I could spend a few seconds trying to compose myself. And then another swift sucker punch by reality! Unexpected, confusing, shocking, scary and many other things that can be used to describe this moment of abhorrent surprise. No! No! No! Oh no! I had lost a shoe!!! My left leg had swam in muddy rain water for only God knows how long. The rain continued to roar like a vicious lion and I was caught between the devil of getting to work on time and the deep blue sea of arriving without my left shoe.

Still holding on very tightly to my laptop bag and with just one leg of my shoes on, I headed right back to the main gate tracing the exact path I had walked a few minutes ago. With all my senses tasked to finding the missing shoe, I paid no mind to passersby who it appeared had enough time to be outrightly nosy and make ridiculous comments like “your shoe’’ or ‘’áhh’’ in reference to the missing left shoe. I remained very focused on the new mission at hand. To find my shoe, while trying to make the office in good time. And eventually….there it was! My persistence had paid off and I found it at the main gate.

I had conquered this task. Now to conclude the mission and get to the office in good time. I was freezing cold and still could not fathom how I had managed to leave the house without an umbrella. But really, I saw clear skies before I left the house so had assumed it would another fine Lagos day. Little did I know I was literally about to be ‘’under the weather’’.

I waited at the security post with the multitude who I was quite impolite to initially and slowly the rain began to subside – from light showers to drizzles – and then we also dispersed like the clouds to our various places of business. I eventually got to the office drenched and dripping, and in, well, manageable time.

So whom may I say is to blame for this rather unfortunate experience? Mother nature for the weather? The government for poor drainage systems? The management of the complex for not providing rain breakers and sheds? Or the company I work with for not assigning a driver and a car to me or not even giving me an umbrella? Who would you blame and why? 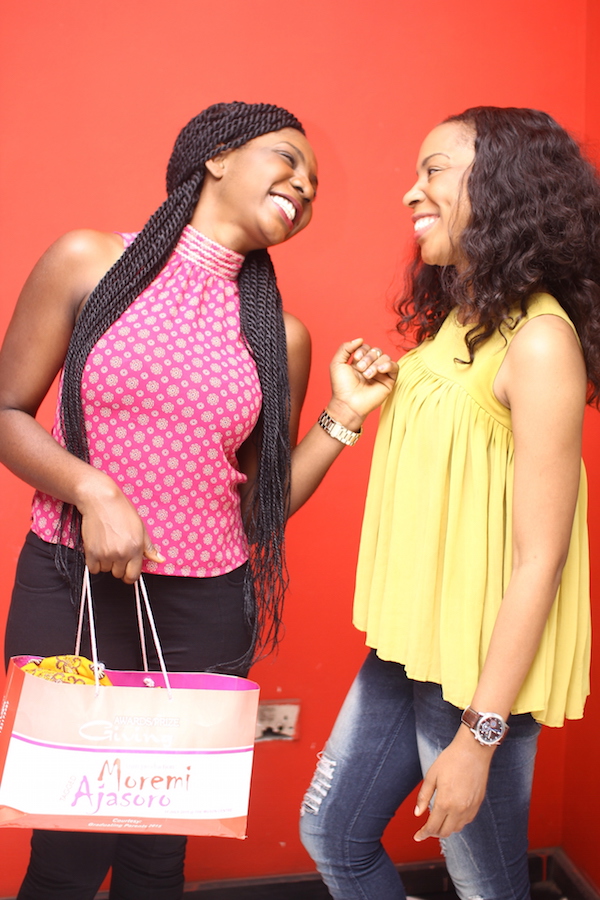 What do girls REALLY talk about? 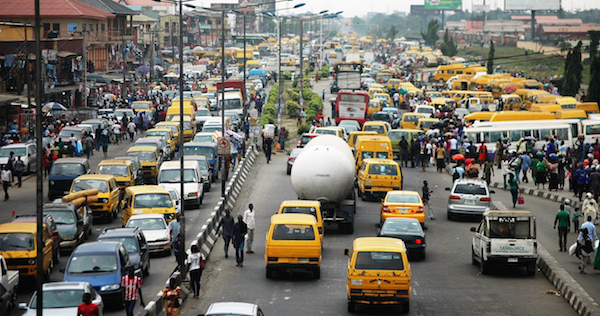 Economic Realities - the joke's on you