A diverse group of remarkable women interested in shaping the future of Africa descended on Intercontinental Hotel, VI for the second annual Women: Inspiration and Enterprises (WIE) Network Africa Symposium on the 3rd of May, 2014. The theme of WIE 2014 was: Bridging The Gap – The Global Leader. WIE is a global movement, conference and community for women with the aim of achieving social change. 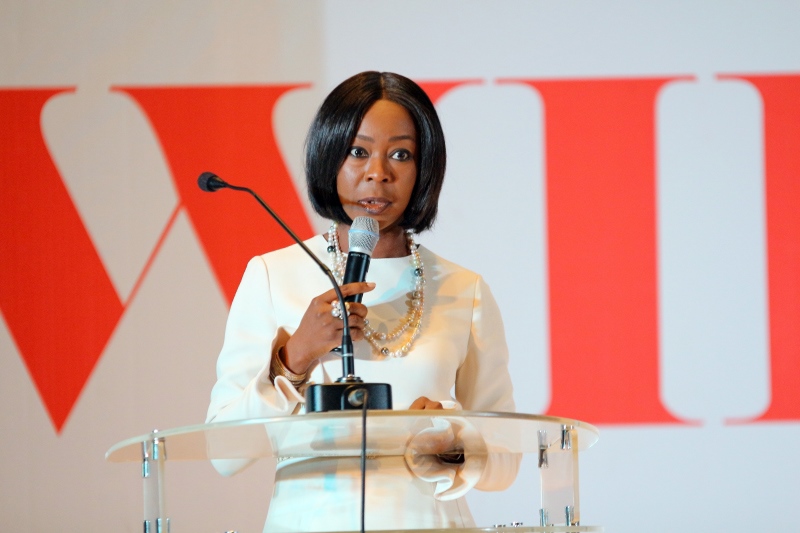 The speakers at the event were mostly powerful and successful women in their various industries who were keen on telling their stories while simultaneously inspiring females.

Unfortunately, owing to logistics, the event started a couple of hours after the scheduled time but the guests were a good sport about it taking the opportunity to mingle as they waited for the event to begin. 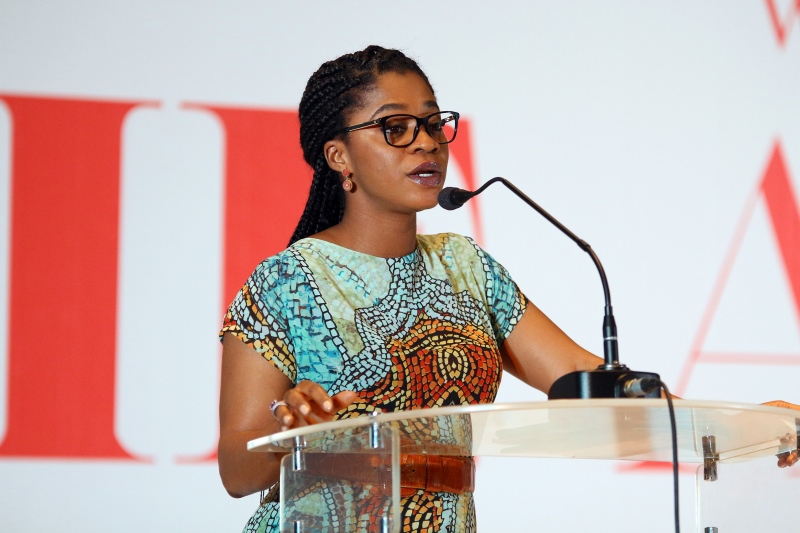 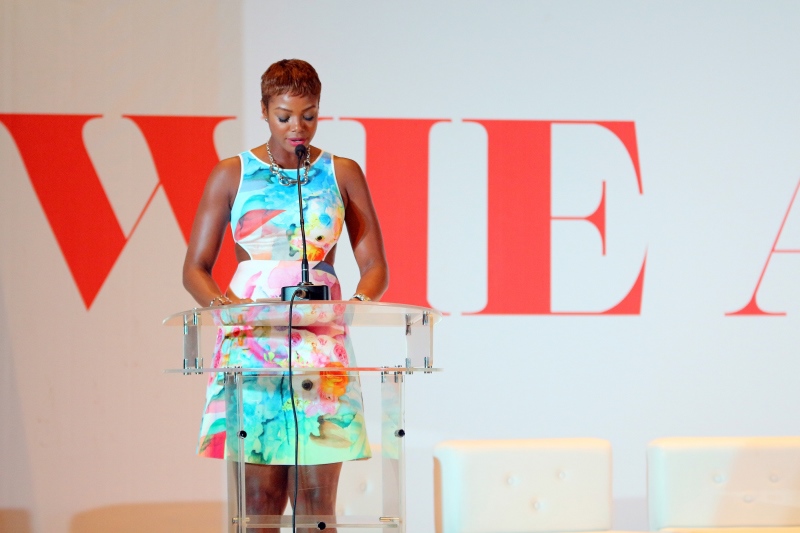 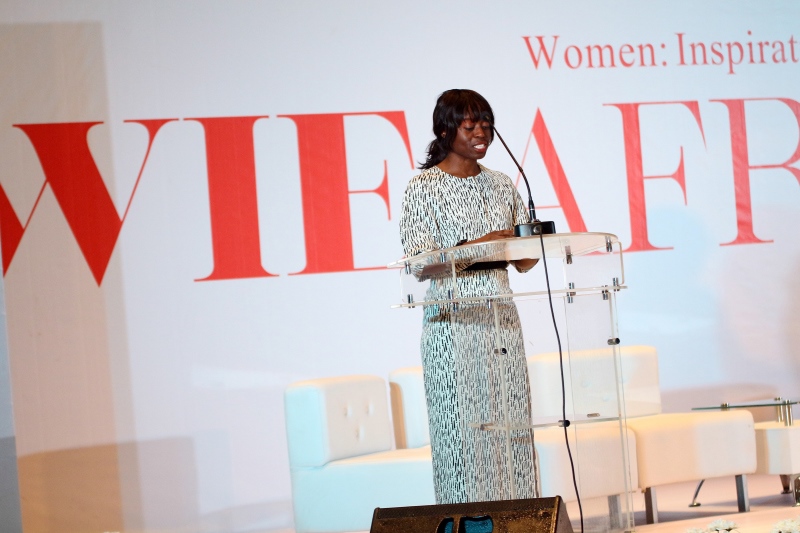 Tai Beuchamp, the captivating compère for the day, welcomed everyone, apologising for the delay and introduced Toyin Saraki who made the opening remarks and said a prayer for the 200+ girls abducted from Chibok. She was quick to point out that the day’s proceedings had the potential to alter the lives off all present forever. The founder of WIE Network, Dee Poku was up next and went ahead to call out the absence of a female chairman in any of the NSE companies given the enormous talent pool. She counselled on the need for women to stick together, helping and mentoring one another, highlighting the difference between healthy competition and petty competition. 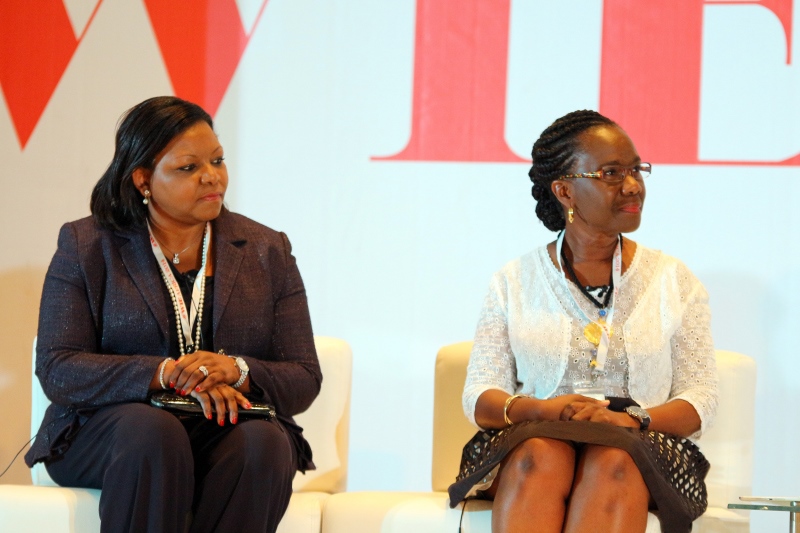 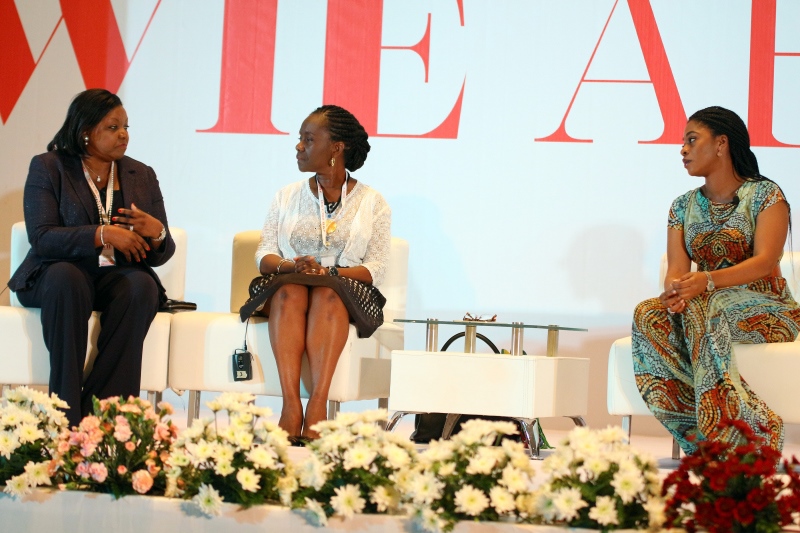 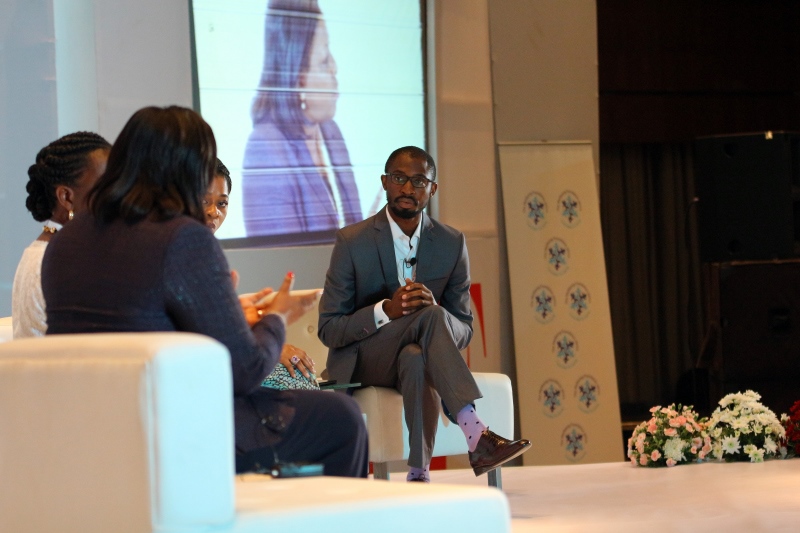 The first session was The Global Leader with Uzodinma Iweala, Ventures Africa CEO/Editor-in-Chief as the moderator. Speakers on the panel included Bola Adesola, CEO/MD Standard Chartered Bank; Myma Belo-Osagie, Managing Partner, Udo Udomo & Belo-Osagie; and Folake Folarin-Coker. When asked by Uzodinma what decision set them on the track towards their career path, Myma Belo-Osagie said she had the determination to step up and create a firm that speaks excellence in Nigeria and had no choice but to be a success – and not just in marriage. Bola Adesola identified the need to be independent as the vehicle that drove her career choice. These women didn’t start out doing what they do today, though. Folake Coker took control of her destiny when she decided to leave law for fashion while Bola Adesola started out as a lawyer before switching lanes to becoming a banker. Naturally, switching to an entirely different career than the one you are already in can be daunting but Bola Adesola advised that despite the fear of failure, you have to take action while Folake Coker revealed that she gets a kick out of taking risks. The women all agreed that each of us could be ambassadors wherever we are, boosting the image of the country by telling our stories ourselves. 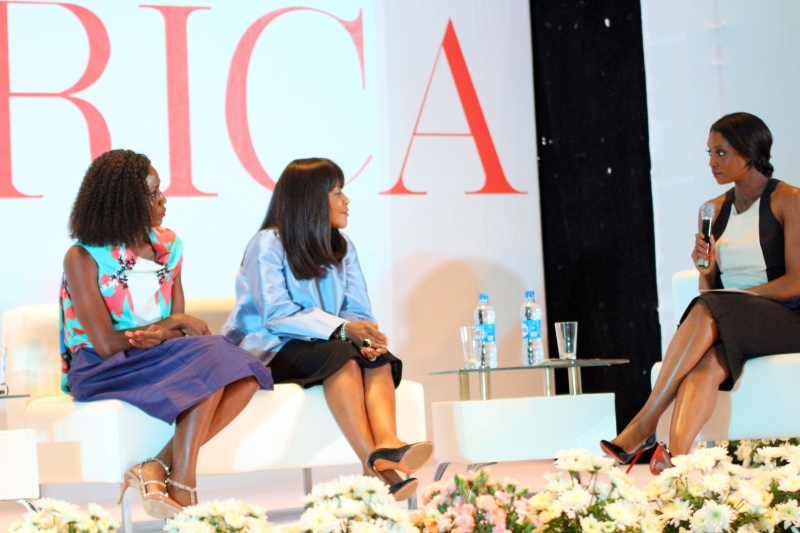 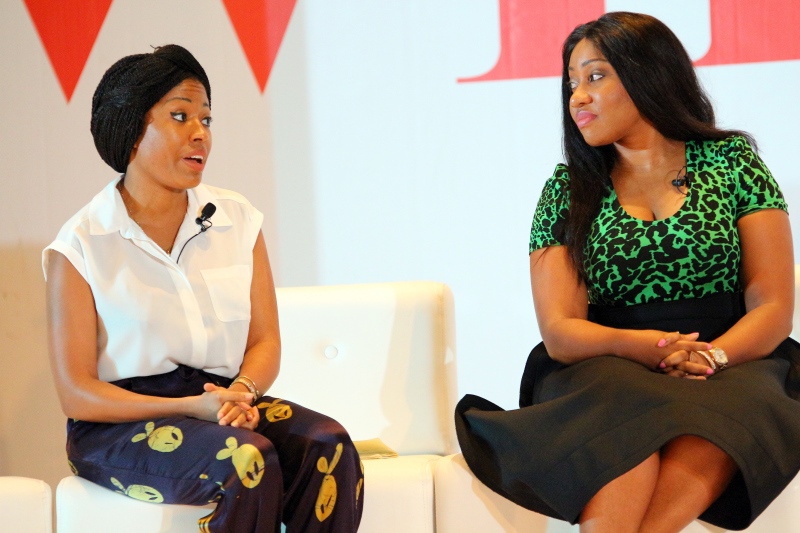 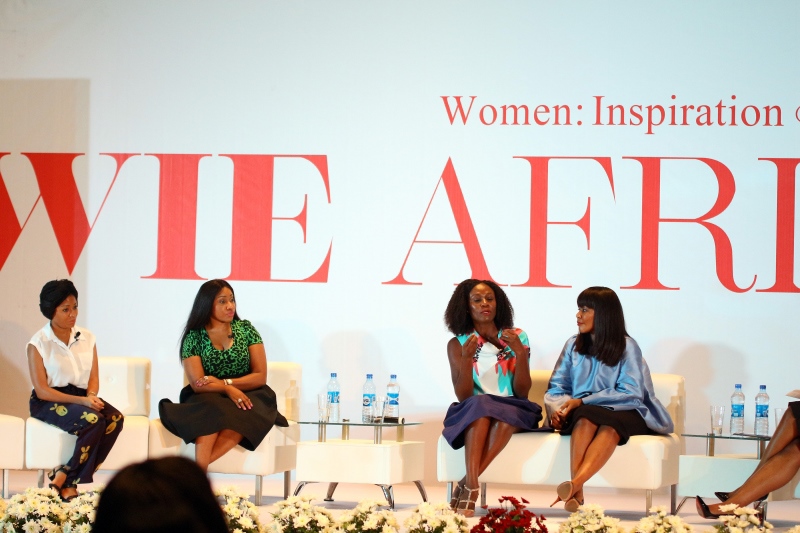 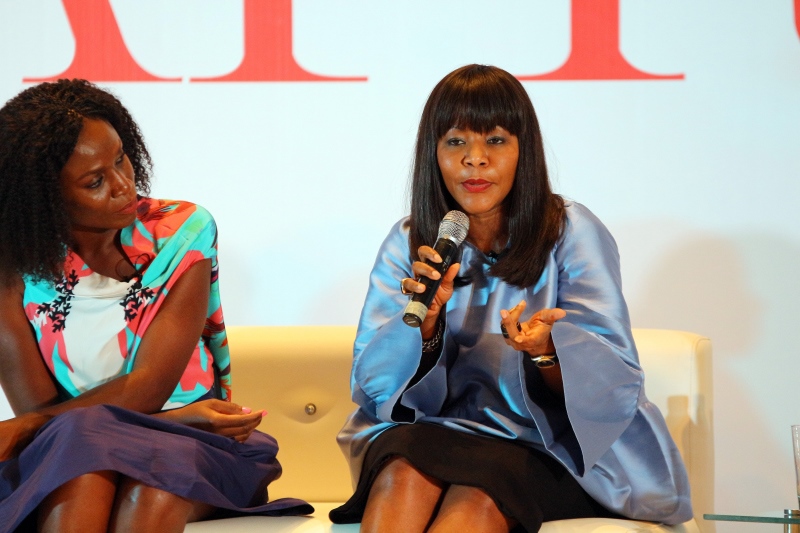 The Retail Ready: Developing African Fashion Labels into Viable Businesses session was up next with Reni Folawiyo, Founder, Alara; Omoyemi Akerele, Creative Director, Style House; Jennifer Obayuwana, ED, Polo Luxury Group; Maki Osakwe, Founder and Creative Director/Maki Oh and Lola Ogunnaike of Arise TV as the moderator. Omoyemi Akerele stopped working as a lawyer in a law-firm because she found it “boring” and said that things have evolved and people are taking fashion more seriously but Jennifer Obayuwana was born into fashion as her father was into luxury retail goods. Reni Folawiyo said that Alara is about celebrating our culture and remembering what artisans do. On how luxury designs have evolved in Nigeria, Jennifer cited that Nigeria ranked as the 4th largest buyers in UK. Nigerians have a taste for luxury and the luxury brands are taking note and setting up shop here. Like all business owners, the women too face challenges in theirs. Maki pointed out infrastructural deficiencies as the priority item at the top of a list of challenges she faces and Reni was of the opinion that the government  support for the fashion industry is vital.

When asked what message they would give to their younger selves about pursuing their dreams, Omowunmi said she’d advice herself to “believe in yourself, surround yourself with great support structures and don’t give up”, Jennifer regrets not hanging out with older more empowering women when she was younger and now she thinks it’s “everything”. Maki Osakwe’s message? Stay true to who you are. 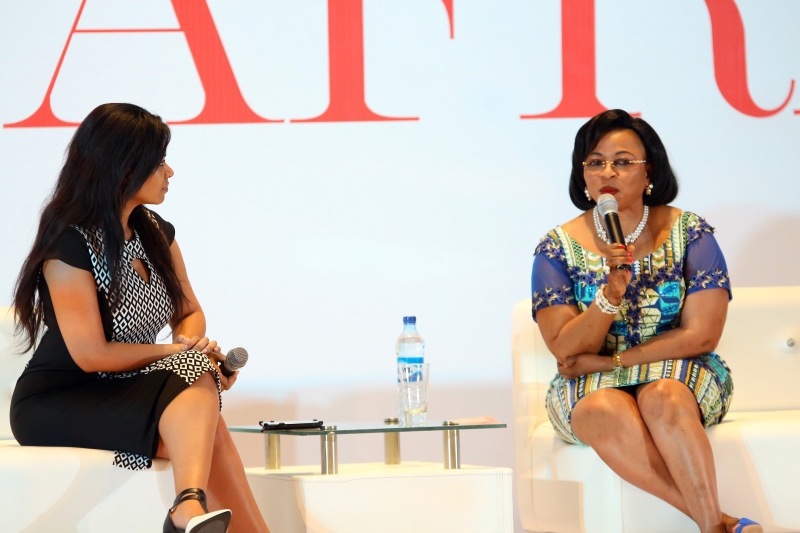 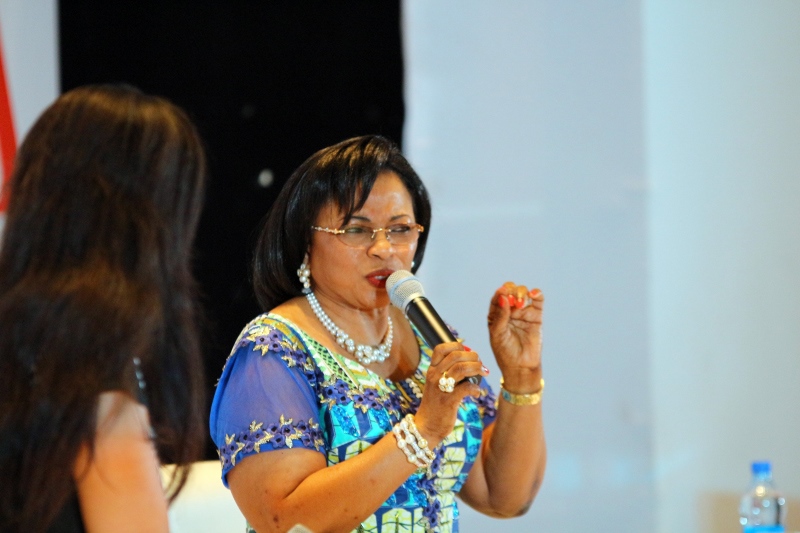 Folorunso Alakija captivating the audience with the story of her journey 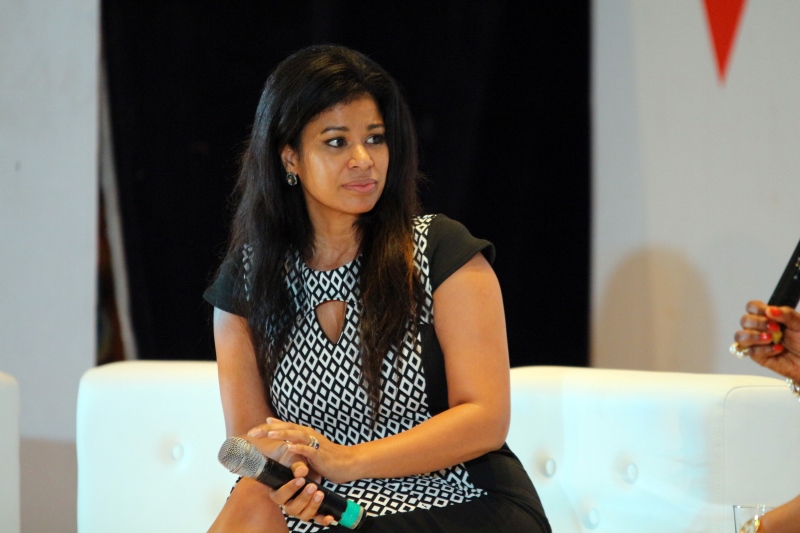 The first Spotlight of the day was put on Folorunso Alakija, the richest black woman in the world (yes, she has dethroned Oprah) by journalist, Julie Gichuru. One thing you can’t help notice in the first 5 minutes of talking to Folorunso Alakija is her seemingly deep faith in God and the impact her relationship with Him has had on her life’s choices. In her inspirational session, she shared how it took her 23 years in the oil business to get to where she is. Coming from a family of 52 children, she left to Europe at age 7 to study but did not go to the university because her father did not believe in spending a lot of money on educating females. She came back home to work as a secretary in a bank but because of her limited qualifications, people that came into the company way after her got promoted over her. She decided to leave the bank and go into fashion and then to printing by divine inspiration. From printing, she had the opportunity to go into the oil business and after a divine nod, she did. She never backed down even though the door to the oil industry was shut in her face 3 times because experience had taught her that to succeed, women have to put in triple the normal work. She was eventually allotted the oil bloc that had been rejected by previous buyers. That very oil bloc is the reason Alakija has the “richest black woman in the world” moniker attached to her name. 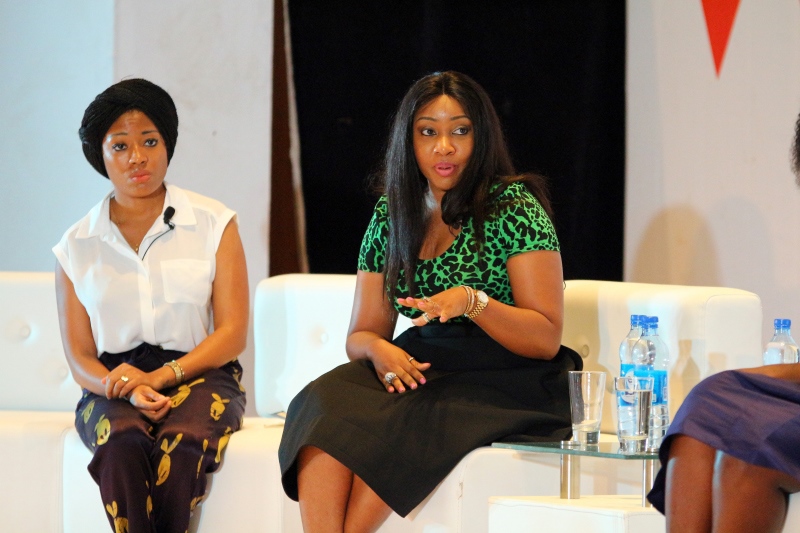 Don’t you just love how Maki O wrapped her braids into a turban? 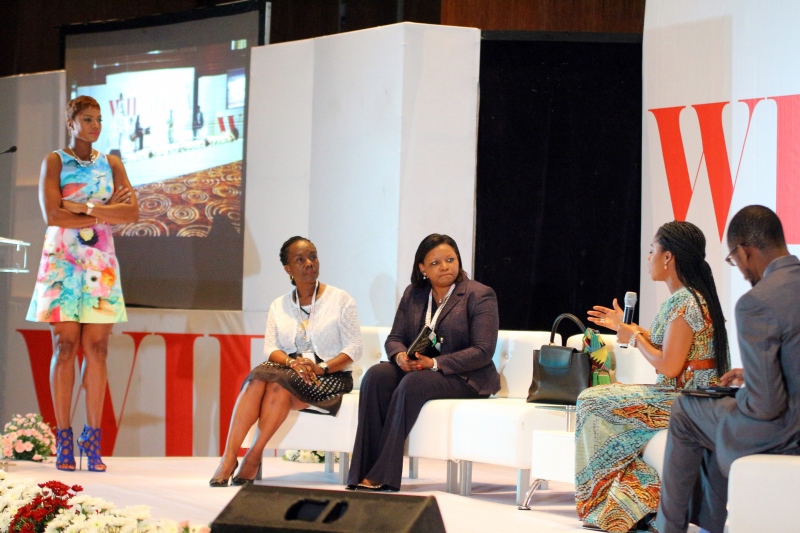 Tai and The Global Leader Panel 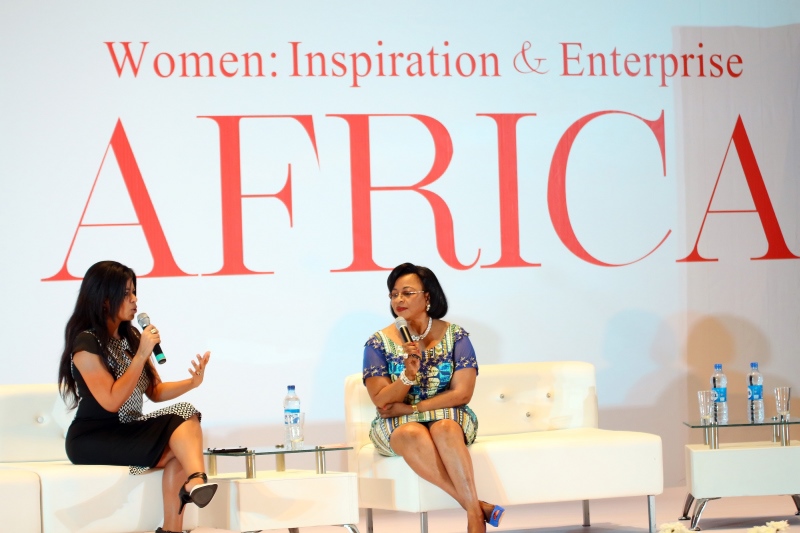 Continue to the second instalment of this series: Part 2